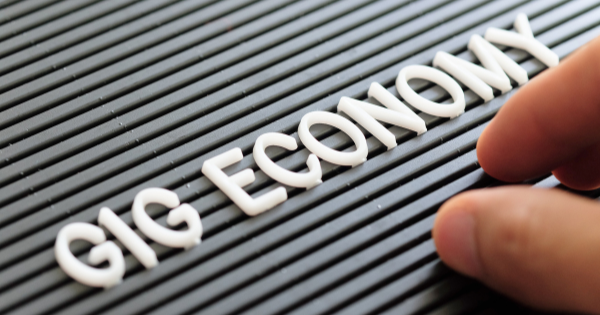 Under the new California gig worker law, app-based drivers cannot work more than 12 hours during a 24-hour period without logging off for an uninterrupted 6 hours.

With the new gig worker law, companies must provide healthcare subsidies equal to 82% of the average California Covered (CC) premium for each month. This subsidy applies to drivers who average at least 25 hours per week of engaged time during a calendar quarter. Companies provide healthcare subsidies equal to 41% of the CC premium each month for drivers that average between 15 and 25 hours of engaged time per week during a calendar quarter.

Proposition 22 requires companies to provide or make available occupational accident insurance. The insurance must cover at least $1 million in medical expenses and lost income resulting from injuries suffered while a driver is “online.” Online is defined as the time where a driver is using the app/is eligible to receive service requests but not when engaged in personal activities. The insurance provides disability payments equal to 66% of a driver’s average weekly earnings during the previous four weeks before suffering injuries while online. The disability payments can last 104 weeks (or two years).

Under the new California gig worker law, companies provide or make available accidental death insurance for the benefit of a driver’s spouse, children, or other dependents when the driver dies while using the app.

In addition, California’s new gig worker law also requires companies to establish a variety of other programs and policies. Such as:

Further, Proposition 22 criminalizes false impersonation of an app-based driver, classifying it as a misdemeanor.

in effect, Proposition 22 creates a hybrid worker, potentially allowing companies and workers the best of both worlds. The new law guarantees baseline compensation and benefits while maintaining freedom and flexibility. While companies are required to provide certain benefits, they are not required to provide full-time benefits to gig workers who companies have little to no control over. This is a promising development for gig workers. Other industries as well as companies in other states are paying close attention to the effects of Proposition 22. Some have already analyzed how a similar arrangement could benefit themselves and their workers.

Washington State does not yet have a gig worker classification structure. It is important to classify workers correctly. Penalties for misclassifying an independent contractor who is actually an employee could be significant. Foundry Law Group has previously written about factors to consider when classifying your workers. In addition, if you determine that someone you hired as an independent contractor is likely an employee, we have provided guidance on the necessary steps to reclassify that person as an employee.

A legislative analysis of California’s Proposition 22 can be found here.

The full text of California’s Proposition 22 can be found here.

In many cases, deciding whether your worker is an independent contractor or an employee can be a confusing determination. Foundry Law Group is available and happy to assist with any questions you may have, please contact us for more information.