One of my favorite responses to any question is: “I guess I’ll have to answer your question with another question.”  It’s probably the reason people generally avoid me at parties, but so often when giving any advice, it makes more sense to leave the decision in the hands of the person with the most intimate knowledge of their own situation, and go through some of the big questions to help them find their way.  If the question of how to protect your startup’s IP has you wondering where to start, you may find the discussion on patents and trade secrets below helpful to your thought process.

Is the IP a critical part of how our business works, or is it ancillary to how we make money?  If the IP is critical to the business, could it remain a trade secret?  Trade Secret protection is provided to those who take reasonable steps to keep a valuable part of their business known to key personnel only.  The economic value of the secret must be demonstrable, and reasonable steps to keep a secret can range from limiting knowledge to only need to know individuals (and then not letting them travel together in case of a fatal accident, for instance), to making sure employees or independent contractors who have to work in/around the secret have NDAs, solid Employee Agreements (including IP right definition and agreements to assign), Independent Contractor Agreements, and further instructions on maintaining continuing confidentiality of the trade secret.

One example keeps coming up with tech startup clients on what they might seek to patent or keep as a trade secret.  In an effort to try keeping such a complex balance of factors that may influence that decision simple, I’ve tried to narrow it to this: does the user directly interact with the IP in question?  If so, it would be difficult to imagine keeping that thing secret.  Think of the API offered by SaaS or PaaS providers – it is not conceivable to keep the interface secret from a user.  Similarly, if the IP is a smartphone accessory, the thing, or how it works, is not likely to be the best subject for trade secret protection.  While other grounds might make the IP not patent eligible, generally you would want to take the patent protection route when users directly interact with the IP.  The patent is a bargain the U.S. constitution expressly allows and the government offers through the USPTO – an invention fully disclosed to the public in a patent application may earn a 20 year term for the applicant the right to exclude others from making, using, selling, or importing that invention.

Conversely, if the user does not directly interact with the thing(s), consider trade secret as a strategy for protection.  If your service involves any sort of information gathering on users of the service (these days, who doesn’t?), that data may start to provide valuable insights.  The data that may lead to insights should be kept under lock and key.  No outsider needs to interact with that data, and any insight it provides will likely be at least one step removed from how you implement an invention or innovation that capitalizes on the valuable insight interpreted from the data.

If the invention is not a critical part of how your business works, then the expense of patenting it should be weighed against how likely it is that the subject of the patent will be commercialized (think: monetized) to a degree where payback and even profit will be realized from the patent. 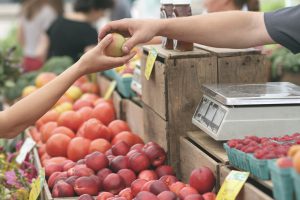 Pretty much anyone can invent something worthy of a patent – heck, I did.  Things once again get tricky when whether a patent can be commercialized.  Prior to the Bayh-Dole Act (allowing inventions resulting from federally funded research to be patented and held by the research institution instead of the United States government) of 1980, the United States government owned about 28,000 United States patents (see page 3 of linked source).  Researchers at the time noted that of those 28,000, only about 5% were being commercially licensed.  The government’s rate of commercialization was compared to the 25-30% rate that universities were able to achieve at the time.  Of course, that still leaves 70-75% of patented inventions as parts sitting on the shelf that had expense to procure, but are not likely to pay back.  Getting a patent to pay back has better odds than playing the lottery, and c’mon, you’ll be more successful in commercializing a patent than the federal government, but for a prospective expense of tens of thousands of dollars, and a procurement duration that is currently best measured in years, it should pay to take pause and only move forward if it is crystal clear how you will commercialize that patented widget.  Not all startups are determined from the beginning to be huge successes, and funded as such, so you don’t need me to remind you to use your funds wisely.

If the IP that is non-critical to your startup business has a clear path to commercialization, and the very simplified test above doesn’t give you a warm fuzzy feeling about which way to go with your IP, don’t despair.  Although I’ve tried to show how to distinguish the benefits of one form of IP protection over another, it is possible that your IP could benefit from either Patent or Trade Secret protection.  I hope you have also considered by now that just because you see other startups loudly thump their chests about having patents on their tech, it does not mean a patent is the best IP protection for you and your business.

If you have more questions about trade secrets or patents, and how to decide on a strategy to protect your organization’s IP assets, tell your story to a patent attorney, let them ask you some more questions, and benefit from professional service tailored to you and your business.